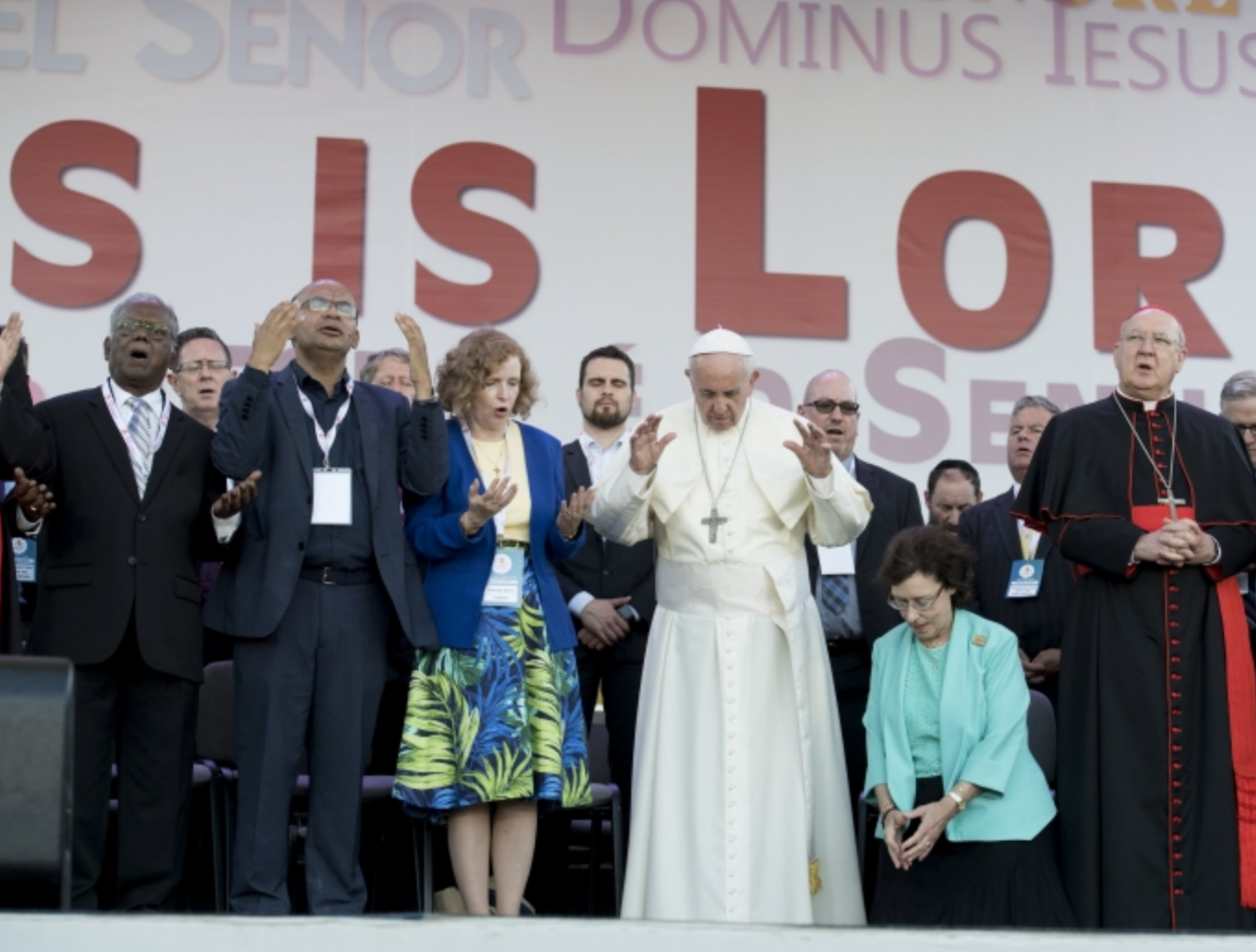 The Vatican creates a new office to serve the Catholic charismatic renewal movement. The new body aims to fulfill Pope Francis’ desire to promote greater unity throughout the movement and to strengthen its key role in the evangelical and ecumenical outreach of the Church.

The international service will be made up of 18 members, as well as a moderator and an ecclesiastical assistant – the Capuchin Father Raniero Cantalamessa, a preacher in the Pontifical Household and a long-time supporter of the charismatic movement. Those in charge of the service will take full office on June 9, 2019, the Solemnity of Pentecost. “Creating unity in service implies creating synergies, but even more so generating communion, fraternity and cooperation ,” said Cardinal Kevin Farrell, Prefect of the Dicastery for Laity, Family and Life. According to the cardinal, this papal desire to serve the Catholic Charismatic Renewal movement in a more effective way can be seen, among other things, as a willingness to help”to deepen and promote the grace of baptism in the Holy Spirit throughout the Church, to promote the exercise of charisms not only in the Catholic Charismatic Renewal but also throughout the Church and to encourage commitment to evangelization, in particular through the New Evangelization and the evangelization of culture. »

As a simple service, CHARIS does not intend to play a leading role towards the various charismatic institutions, which will all remain under the jurisdiction of their own ecclesiastical authority. “I hope that CHARIS can offer a valid service for the many and varied expressions of the Catholic Charismatic Renewal that the Holy Spirit has already inspired, and for those who are yet to come, for the good of all the faithful ”, declared the Cardinal Farrell. The ecumenical dimension, the unity, that Pope Francis seeks through this new body is also intended to promote greater communion within Christianity in general, as claimed in the canonical status of the service. Indeed, as Paolo Maino, president of the Italian Via Pacis community and member of CHARIS for Europe, points out, “The ecumenical dimension is part of the DNA of charismatic renewal. “.

Maino hopes that CHARIS can be an instrument of mediation and even a means of reconciliation with certain entities that remained on the margins of the Charismatic Renewal in the past, and thus ease certain accumulated tensions. “From now on, each entity of the Charismatic Renewal can sit down at a table with the same dignity and say to itself: “We are all working for the same Father; we all work for Jesus Christ; we share the same goal. » A similar idea was voiced by South African-born Auxiliary Bishop Peter Smith of the Archdiocese of Portland, Oregon, and CHARIS Representative for North America and the Caribbean, who highlighted the growing dimension ecumenism of the movement. Indeed, while dialogue between charismatics of different Christian denominations was quite sporadic at the start of the movement, they now tend to see each other ” more and more as brothers and sisters “, he said. Recalling an encounter he had with Pope Francis two years ago, Bishop Smith revealed the image the Pope has chosen to illustrate the best way to begin relational ecumenism: First, the Holy Father said: “Go get an ice cream and go for a walk.“It was an image that implicitly evokes the need for all Christians to cordially share whatever they can, even if it is only the beginning of a relationship.

Additionally, Bishop Smith hailed the great “re-evangelizing” power of the movement. Through its presence in more than 200 countries, the Catholic Charismatic Renewal is indeed an emblematic case of the globalization of religion. The international movement was born in the United States in 1967, after a Bible study group at Duquesne University received the baptism of the Holy Spirit. Since then, the movement has grown steadily all over the world, and it now includes around 122 million people. According to Bishop Smith, one of the strengths of the movement is that it started in the West and quickly moved elsewhere. It now has a very strong and growing presence in the Third World, thanks to some missionaries who have experienced the baptism of the Holy Spirit in the United States and then returned to their countries. Long-standing papal commitment Pope Francis’ commitment to advancing the charismatic movement is not unique. Indeed, all popes since St. Paul VI have received Charismatic Renewal groups on the day of Pentecost.

The president of the Fondacio movement, François Prouteau, who will represent charismatic associations with the recognition of the Holy See within CHARIS, said that the new initiative represents a concrete answer to the prayers of the popes since the Second Vatican Council for the gift of a “new Pentecost” – a breath of life that would give the Church new impetus and dynamism, just as it has done in all previous periods of Church history. Emphasizing that the mission assigned by the sovereign pontiff to each member of the service is “ communion above all ”, Prouteau hopes that the latter will continue to “ nurture in them the hope… which he generated with the creation of CHARIS. »

“I think CHARIS has enormous potential to spread the culture of Pentecost more widely throughout the Church ,” agreed Mary Healy, professor of Sacred Scripture at Greater Sacred Heart of Detroit and chair of the Doctrinal Services Commission. Charismatic Renewal International Catholics in Rome. “Many Catholics have no idea of the scope and diversity of Catholic Charismatic Renewal. It includes prayer groups, lay communities, religious orders, schools of evangelism, healing and deliverance ministries, and a wide variety of other entities.“Among the various specific advantages of the new body, Healy noted”the fact that CHARIS will be a “public legal person” in canon law means that the renewal will have greater visibility than in the past. “He will be better placed to serve the local Church, and above all to bring the dynamism and creativity of the Charismatic Renewal to evangelization.” The correspondent of the register Solène Tadie writes from Rome.

In Cotonou, young Catholics and Protestants committed to the health of the city