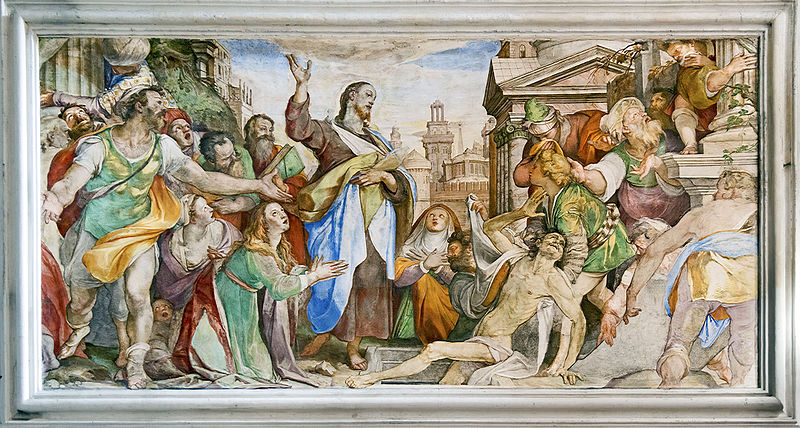 Confined to our homes, we can be connected to each other, through words of life and acts of kindness.

The Gospel offered on the 5th Sunday of Lent speaks of a house of the two sisters, Mary, Martha with their brother Lazarus, the friend of Jesus. Lazare has just died, and Marthe then Marie leave to meet Jesus. Jesus is seized with deep emotion and the rest of the story shows the miracle of the resurrection of Lazarus. It is a miracle that a dead person after four days comes back to life. The story of Lazarus is our story. Everything that is not alive is called to rise again. Even where we think it’s over, that it’s dead, the victory of God’s love awaits us. Jesus calls each of us to be resurrected in love.

In reference to this text, some accounts of the concentration camps have been called “Lazarene”. They tell stories of people immersed in extreme inhumanity, a suspended time where everything is closed and condemned, struck by abandonment, bathed in fear, where all the possibilities of surviving and dying are exhausted. Lazarean literature, at the same time, bears witness to what helps survival, the experience of beauty, the fraternal gesture, the word of mercy that saves.

These are far more terrible stories of confinement than ours. However, they show us a voice, that of fraternity, they show us a possible way to find a path to hope, that of attention to others, with delicacy and foresight.

Magda Hollande-Lafon, deported, recounts a long crossing interwoven with rebirths in Quatre petits bouts de pain . From darkness to joy (Albin Michel, 2012). In the horror of the camps, she writes, the Nazis”had no power over the sky “. At night they couldn’t stop us from seeking strength in its starry beauty. She also remembers a day in Birkenau when ” the sky was not veiled with ashes; he was haloed with light. The wind was blowing the clouds that were running at high speed; I was fascinated. I thought to myself that the clouds were moving, I too could move. “
Magda also evokes the moment when a dying woman waves to her as she leaves a barracks. “She opened her hand very slowly and there were four small pieces of bread in her hand. “Take,” she told me, “you are young, you must live. “You’re going to live!” she also said. His words touched me more deeply than it seemed at the time. She woke me up inside. It’s true, she did. And I lived! »

Let’s take advantage of this confinement to develop the attention, gestures and words of kindness that make us live!