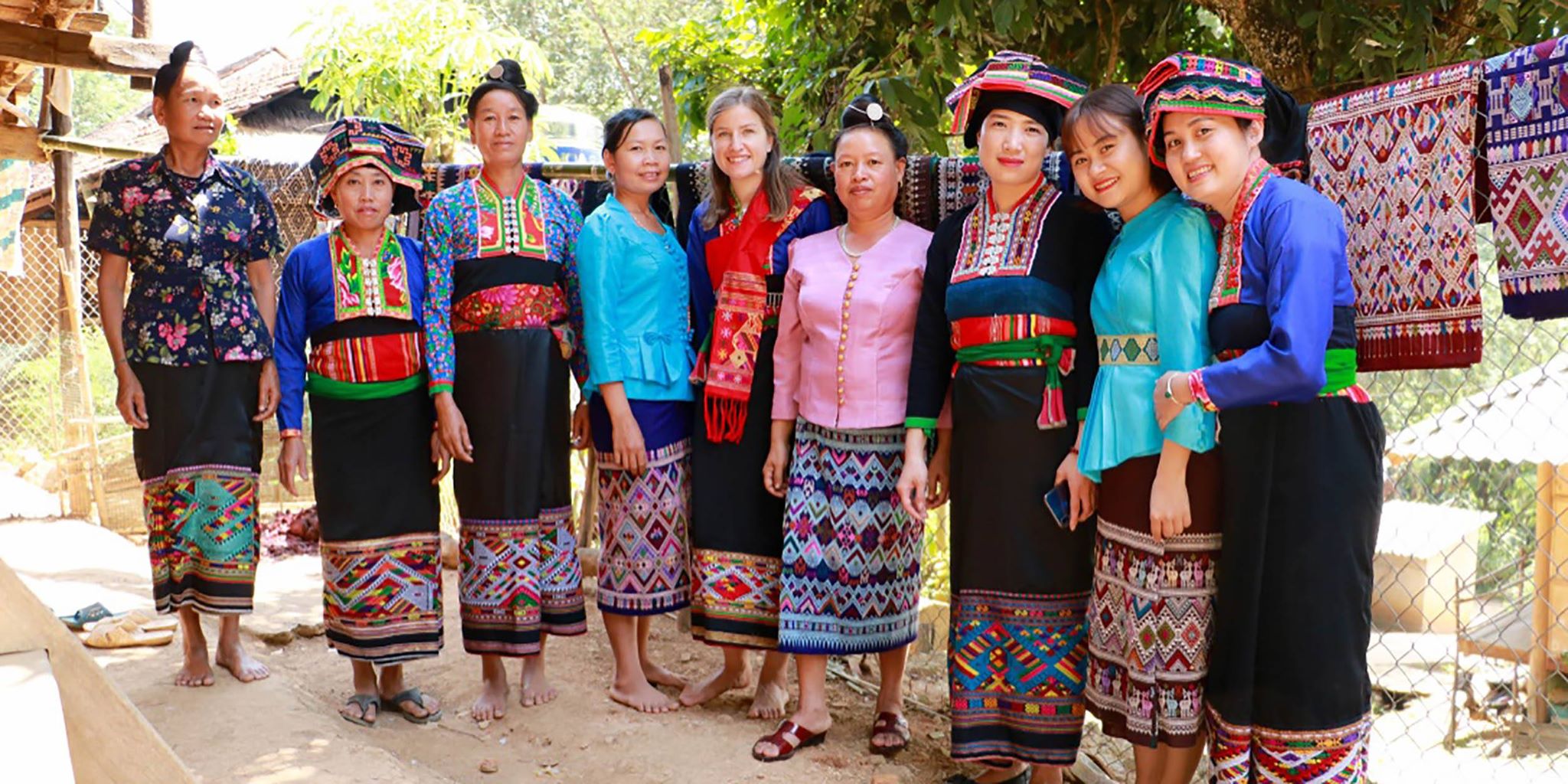 Meeting with Lucie Tailhades to talk about her Laudato Si journey!

A 25-year-old entrepreneur, I develop TrendEthics , a social and ecological incubator for ethnic groups in Southeast Asia. My goal is to help these ethnic groups to live from their know-how and their culture to get out of precariousness and maintain their way of life respectful of the environment.

I had 3 clicks in my integral ecology conversion:
– Trained as an engineer, I specialized in the environment and was thus able to have a scientific approach to environmental and social issues. On the one hand, through the figures 1 death in 6 in the world is due to pollution, but also by studying waste treatment solutions, I realized that it was a question of compromises more than good or bad how to.
– An internship in energy transition, a green business exists and is not necessarily the best solution.
– In 2017, the reading of the encyclical “Laudato Si”, “everything is linked ” and we have so much to learn from the poorest.

So I understood that beyond the technical solutions, it was the behaviors that had to be changed: consume less, be more sober, have more moments of spirituality.

After volunteering in Vietnam with Les Missions Etrangères Paris, I worked in a large group then I decided to find a unity of life! Indeed, for several years I felt a very strong call to take the example of the poorest and to put them at the heart of the construction of a new ecological & solidarity model. In July 2019, I therefore decided to go for a year to meet ethnic groups in Southeast Asia thanks to the Asia Prize of the Christian Adventure Scholarship for :
– discover the link between their beliefs and their ecology
– take example on them: the ethnic groups represent 5% of the population, but preserve 80% of the biodiversity (according to the WorldBank )
– help them maintain this way of life by supporting local initiatives and structuring weaving programs in the villages (in conjunction with TrendEthics)

What did I learn about ethnicity?

I met about ten ethnic groups (Laos, Cambodia, Burma and Vietnam) and each time I was able to observe a different relationship to money: it is not at the center of their lives. Money is simply seen as a means and when we have it, we lend to those in need and vice versa. They live in the present moment, which can be a problem (little savings) but also allows them to be satisfied with what they have. A sister told me that when she brought sweets to children, they never asked for a second!

Moreover, it is because they live in and with nature that they know it and know that they need it to live and that they protect it. The animist culture is sometimes still present, a young person from the K’Ho ethnic group told me “If I cut down a tree when I don’t need it, the spirit of the forest will not be happy” Of course, the arrival of other peoples who come to help themselves in the forest or present them with plastic without explaining that it is not biodegradable disturbs this way of life.

Finally, this knowledge of the forest allows them to feed on a variety of plants according to the seasons, but also to have ecological agricultural methods without knowing it: fallow land, compost, few pesticides because they do not want to kill insects. etc The next step is often technical training in new ecological farming techniques.

How did those around me react when I left?

When I decided to leave my job to develop TrendEthics full-time and meet these ethnic groups, I mainly had positive reactions, even envy. Many young and old dream of an activity with more meaning! The main concerns were about the safety of such a trip and financial! So I prepared this trip well to reassure my loved ones.

My vision of integral ecology?

In his encyclical, the pope describes this concept perfectly:
Poorer regions and countries have fewer opportunities to adopt new models to reduce the impact of human activities on the environment, because they lack the training to develop the necessary processes , and they cannot afford the costs. This is why it is necessary to keep clear the awareness that, in climate change, there are diversified responsibilities and, as the Bishops of the United States have expressed it, we must focus “especially on the needs of the poor, the weak and vulnerable, in a debate often dominated by the interests of the most powerful”.[31]

We need to reinforce the awareness that we are one human family. There are no borders or political or social barriers that allow us to isolate ourselves, and for that very reason there is no room for the globalization of indifference either.” (52)
I believe that we must offer the poorest other models of development while allowing the richest to support this new ecological and solidarity model.

How do you get started on a “Laudato Si” lifestyle?

Let’s take the example of these ethnic groups who are satisfied with what they have, show creativity to use the resources around them while respecting them, do not run after time! In France too, our grandparents, the monasteries (a typical example of integral ecology), young and old are developing great initiatives and sharing them.

Perhaps the first step is to contemplate, contemplate the creation, listen to it and breathe to better get into its rhythm and be inspired by it.

At full speed for the cohort workshops.