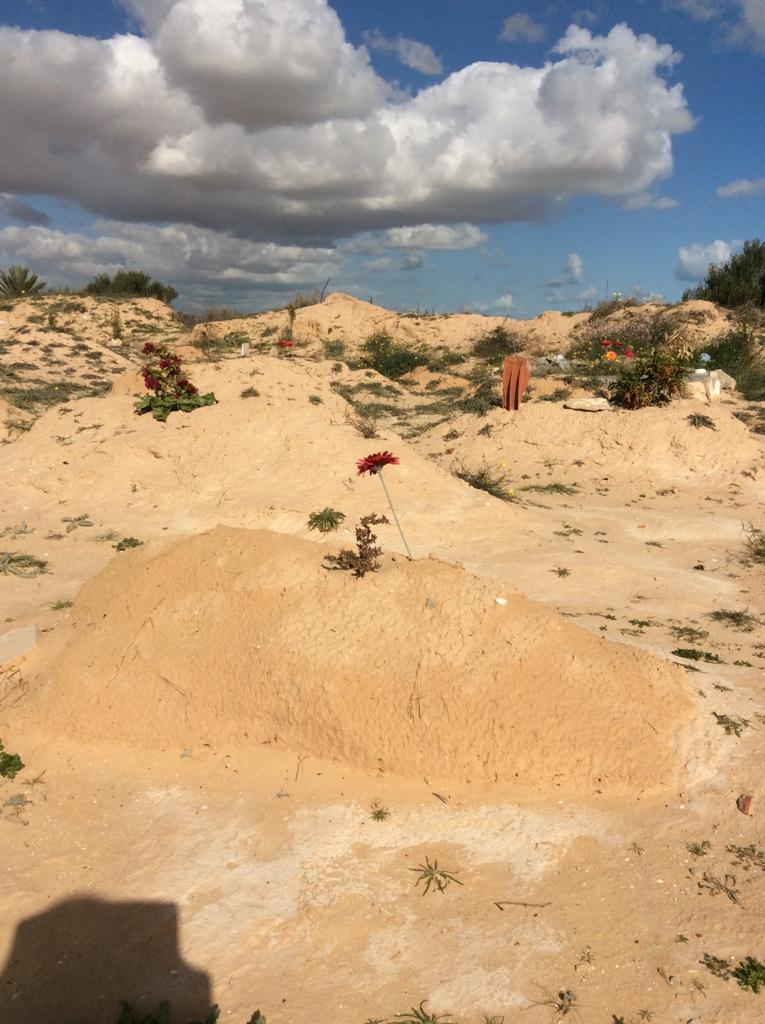 Carte blanche from François Prouteau, president of Fondacio: On April 22, an inflatable boat, with more than 100 migrants on board, capsized in the Mediterranean, ten bodies were found a few days later, off the coast of Libya. This tragedy came to weigh down a sinister assessment communicated by the International Organization for Migration: at least 453 migrants missing since January 1, 2021 in the Mediterranean.

The Director General of UNESCO, Audrey Azoulay, is going to Tunisia these days and will go to the Jardin de l’Afrique where the Algerian visual artist, Rachid Koraïchi has created an oasis in order to return a burial to the victims of such shipwrecks.

“For too long, humanity has shown helplessness, even indifference, while women and men are drowning and too many are looking away,” said Audrey Azoulay. “By giving a burial, we also give back the hope of an identity and therefore of dignity to those who perished”. Audrey Azoulay will offer for this oasis-burial, The tree of peace , a sculpture by Hedva Ser, a work that brings together, in an interlacing of knotted branches and flight doves, the values of peace promoted by the United Nations.

Today’s inauguration of this African Memorial Garden bears witness to the humanist commitment of Rachid Koraïchi. This artist himself experienced the tragedy of such disastrous crossings, when his brother, Mohamed, one year older than him, lost his life in the Mediterranean in 1962.

Rachid Koraïchi, during the conference given in 2019 at the Catholic University of the West, testified to his indignation at the treatment of the bodies recovered by the sea, thrown on the shores or left abandoned in landfills. This is why Rachid Koraïchi bought a plot of land of 2500 m2 from the city of Zarzis to create this cemetery financed solely by the sale of his works, but where none of them will appear.

Plastic artist, landscape architect, heir to a prestigious family descended from the Prophet of Islam, Rachid el Koraïchi, settled in France since 1968 has no borders, neither geographical nor intellectual. Nourished by a long Sufi mystical tradition open to dialogue between religions, he likes to say that speech comes from the breath that animates his life and all his work as an artist.

I can’t wait to go to Zarzis, in the south-east of Tunisia, to pay a visit to this Memorial Garden of Africa. We remember the beauty of another of Rachid Koraïchi’s works, not far from here: his Oriental Garden in Amboise, always to link the Human to History and never forget the greatness of every human person. , his eminent dignity.

Discover the Hermitage at Versailles.

Walk with the poet living in the monde

The impact of the coup on young people