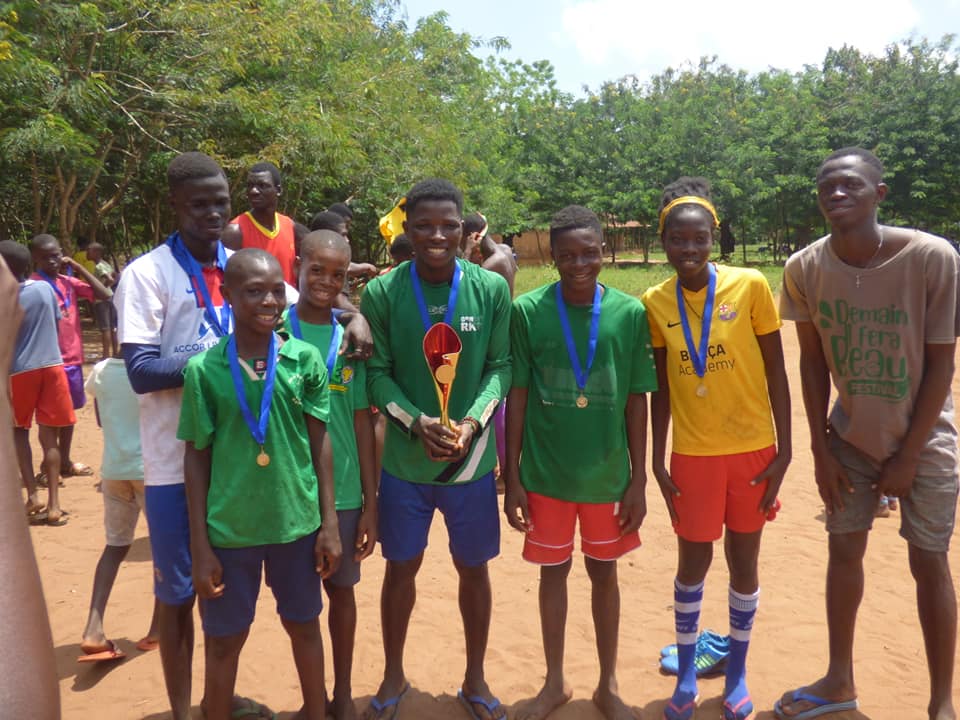 Board games, evening shows, discussions, film screenings, football and judo matches, construction sites were part of the two weeks spent in the village for our 20th anniversary. To entrust the camp to the hands of God, a mass was celebrated at the very beginning, at the parish of St Michel Archange in Tchékpo Dédékpoe.

The first project was dedicated to weeding and planting pineapples. The children plowed the land, picked up the pineapple plants and put them in the ground. Some 2,200 pineapple seedlings were planted during the camp. Artemisia nurseries were also planted by summer students. Another site was dedicated to reforestation. The participants, supervisors and managers of the NGO ANGE planted more than XNUMX acacia and maogen seedlings next to the Catholic church of Tchekpo Dedekpoe and in the high school of Tchekpo Dedekpoe.

This activity, which is part of the celebration of the 20th anniversary of the NGO ANGE, is a way of acting for the protection of the environment, a key point of the community development policy implemented by the ANGE NGO in YOTO 2 Commune.

In addition to these activities, a football tournament, called “ANGE’s 20th anniversary football tournament” was held on Saturday July 24 at the public primary school No. 3 in Tchekpo Dédékpoe. Organized by the association of former beneficiaries and facilitators of the ANGE, DIASPORANGE, this activity included two trophies and saw the participation of all the young people who came to the summer camp. The green team won the trophy against the red team in a penalty shootout. After being beaten by the reds at the start of the game, the greens took their revenge after being fished out as soon as they were eliminated. Second place went to the and the three finalist teams all received gold, silver and gold, silver and bronze medals.

As usual, the famous fire festival was also honored this year in keeping with tradition. The campfire, lit on the evening of Wednesday July 28, brought together all the summer visitors as well as the supervisors around traditional dances and songs.
An evening was dedicated to the volunteers who completed their international solidarity mission with the NGO ANGE during the camp. These volunteers, who have been deployed on several ANGE projects, have added value and supported these efforts, particularly in the canton of Tchekpo. They got involved in the purchase of new socio-educational games for the village library, pharmaceutical products for children and the organization of several educational activities such as awareness raising and the 16th edition of the summer camp.

This camp ends on a positive note with many challenges raised in terms of its organization as such and in relation to the planned activities. Remember that this great holiday activity is an effective way of stabilizing and reintegrating the street children we support. Even more, today established in the prefecture of Yoto, ANGE wishes to contribute to the improvement of living conditions and the development of the full potential of children and young people in their grassroots community. and young people in their community.

Back to school, at the time of transformations.