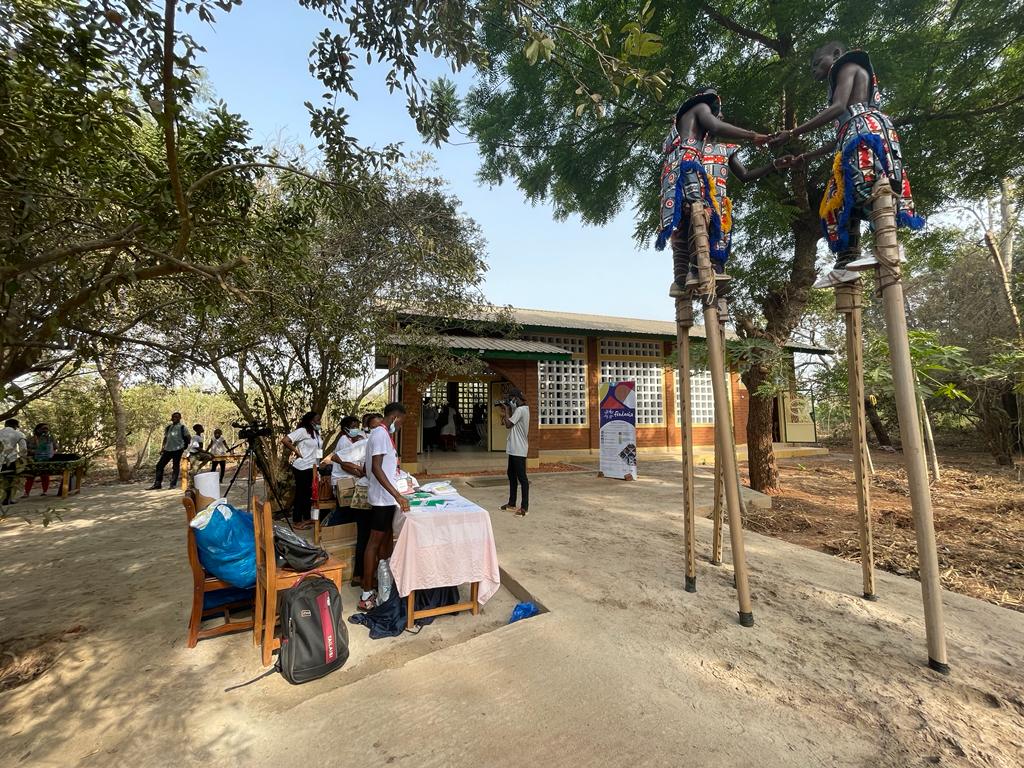 The first phase of the Fondacio Congress in Africa ended yesterday (Wednesday, March 2, 2022), in Togo. A forum on social entrepreneurship and the professional integration of young people was held on Saturday and Sunday. Delegates then reviewed the past four years of the current mandate. This will make it possible to define the new orientations for the next term, starting in 2023.

More than 120 participants attended the forum to launch the 6th International Fondacio Congress, on Saturday and Sunday February 26 and 27, at Center Sichem, near Lomé, Togo. The challenges that the African labor market faces today were discussed during this forum.

Young people and actors of social entrepreneurship and professional integration participated in several conferences , on renewable energies, promising economic sectors and the production and marketing of mugwort. The forum was also broadcast live, on YouTube and Facebook .

“Social entrepreneurship and professional integration fully engage young people in Africa today,” says Jérôme Tozé, Africa coordinator for Fondacio. “Young graduates face unemployment because of the gap between training and employment. It is striking. We want to help them change their mindset. Find direction , not just a degree. Find what they can engage in and be useful to, while avoiding unemployment.

Entrepreneurs, trained at the Fondacio Training Institute (IFF) in Africa, shared their experiences. “We relied on people who have succeeded, who have obtained results”, explains Jérôme Tozé. “We aim to inspire young people. Make them understand that they can start from nothing but still achieve something lasting. It’s time for a change! “

For the President of Fondacio, François Prouteau, “just look: the sun is there, the water is there, the land is abundant, human beings are generous… If I have something to say to the young people of Africa is: put roots in this land! Your future is here, yours and that of the generation to come. »

During the first phase of the Congress, similar meetings will take place on each continent to launch the synodal process . “The Congress is a spiritual journey, of listening to the signs of the times and of the Holy Spirit. It’s a moment of unity and a moment of ratification of the basic reference texts,” stresses Yvonne Altorfer. The work of discernment is carried out by a college of around a hundred delegates from all over the world.

Three main orientations for the Congress

In 2018, three main orientations were decided for Fondacio. All three were reviewed this week by delegates and Council members present in Togo.

The first was the youth . “It is a priority for Africa, but also for other countries”, specifies François Prouteau. “There is no future without them. We have to help them and give them opportunities to commit to a career for the future.”

The second priority was integral ecology , “with issues related to social justice and service to the poor”.

Finally, the third major orientation was spirituality . “It goes beyond religious affiliations,” explains the president of Fondacio. “It is this quest for meaning that drives us all. This is how we can become actors in a world full of meaning and hope; a more just, humane and ecological world.”

The boss of Fondacio in Congo , Hubert Alain Alouna, declares: “The impressions are good. We have gathered everything that each country in Africa has done as a reading of its priorities during the past mandate. For Appo Hubert Mananga, from the Democratic Republic of Congo , “with the themes we have discussed, I realized that Fondacio has already done a lot of work, but that there are still things to do.”

Selina Awuitor from Ghana enjoyed meeting “several people. We shared our thoughts, it was really interesting.” Christian Roger Obama, from Cameroon , adds: “Fondacio, inspired by the Holy Spirit, wants to move forward. This is the essence of the first phase of the Congress: to move the lines, to evolve, according to the world.”

Other delegates, from Côte d’Ivoire, Burkina Faso and Guinea , took part in the online discussions.

A Congress every five years

For the first time, this year and next, the Congress, which is the highest governing body of Fondacio, will take place in three phases. The first phase will take place on all four continents until June 2022. Lomé, Togo, was the start. It will then take place in Bogota, Colombia, from April 2-6; in Versailles, France, from May 24 to 27; and in Asia from June 18 to 22.

The second phase, that of the election of the President, will take place from October 2022 to March 2023. The third, all delegates will meet in May 2023, in Africa. There, the main orientations for the years to come and the texts discussed during the synodal process will be reviewed and approved. After a ratification vote, François Prouteau will hand over responsibility to the new Board.

Watch the interview with François Prouteau (above), and that of Jérôme Tozé (below).

Fondacio Chile: Common kitchens are back

Fight against adult illiteracy with AsFoToDe.

Confinement and social life in the time of COVID