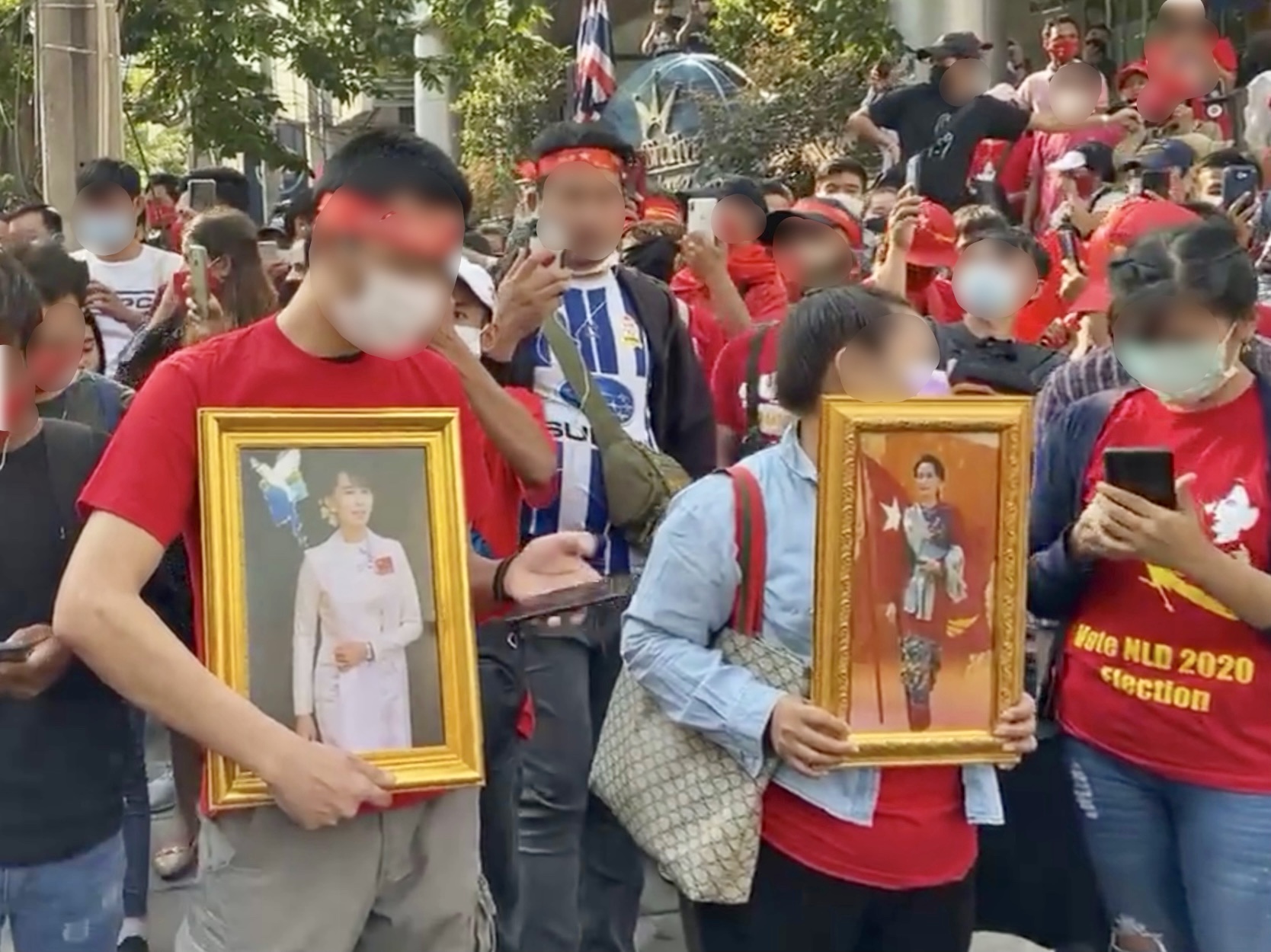 A fortnight ago, on this same antenna, you spoke to us about the military coup in Burma which was stopping the process of democratization in place.

Yes, the Burmese military coup brutally interrupted the process of democratization, and for more than a month now, the peaceful struggle of the people has been opposed to the thunderbolt and violence of military power. In the evening, thousands of people bang on pots and anything that can make noise to chase away evil spirits and demons. Mobilization messages are circulating on social networks, a video posted on Youtube calls for the return of democracy and peace.

How are the military in power reacting?

They deploy more and more force and violence. More than 1,700 people have been arrested since the putsch, including around 30 journalists. Civil servants who go on strike will be fired; calls for strikes undermine the regime.

The most dramatic is the bloody repression: we have seen images of the security forces firing live ammunition at peaceful gatherings and carrying away the lifeless bodies of demonstrators. The military state wants to conceal its bloody abuses.

More than 55 people have been killed since the start of the peaceful uprising against the coup. Unfortunately, the UN remains divided to this day, and unable to respond to the “desperate pleas” of the population.

There remains the prayer.

Yes, we can continue to pray for the Burmese people. On February 28, one of the bloodiest days with 24 people killed (from reliable sources in Myanmar), including an unborn baby, Ann Nu Thawng, a nun of the Xavier Sisters heard gunshots and screams. She decided to leave her convent and stand in the street, facing the armed soldiers: “I saw, she says*, young people fleeing bullets and being chased by soldiers. I am old enough to know the reality of the dictatorship, so I knelt down and shouted “you can kill me but don’t shoot young people anymore”. The soldiers stopped, distraught. According to Cardinal Charles Maung Bo, the courage of the nun saved a hundred demonstrators who were hiding in the grounds of the church in Mytkina, which also houses the Fondacio mission locally. The image of this kneeling sister has gone around the world.
Sister Anne Nu Tjawng concludes: “As a nun, I pray with my sisters for the return of peace to our country. But as a citizen, I know that prayer is not enough and that we must act. »
* see interview conducted by Paul Sugy

Christmas shopping: where to buy gifts?