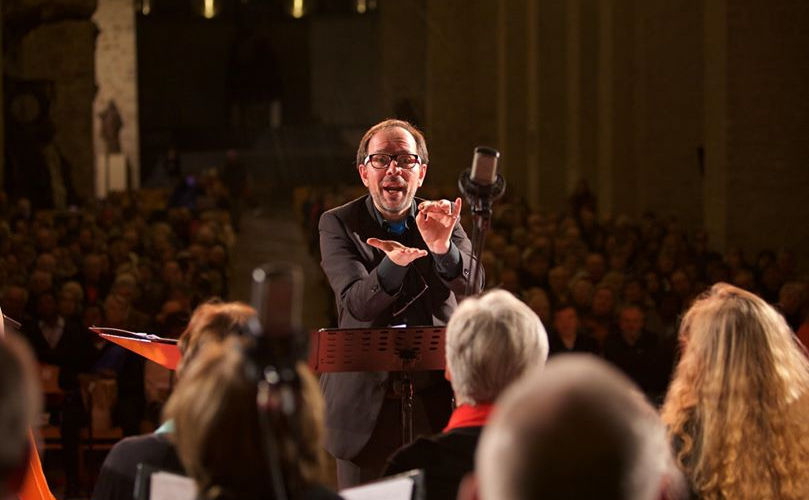 What do they become? The word to the elders.

“My wife always says she would never have married me before CIRFA.”

Pierre Laloux followed the OPEN training in 1990. It was thirty years ago… ! At the time, IFF Europe was called CIRFA and was based on the Côte d’Azur. Meeting with this old man who invites us on a journey through time.

What led you to pursue training at CIRFA?

After seven years of very dense musical training and two years of specialization, I had the impression of entering a dead end. I needed to find meaning in everything I was doing. Following a presentation by CIRFA in July 1989, I decided to join this school in Biot, near Antibes and I stayed there for two years.

It was then the very beginning of CIRFA…

Yes. At that time, the course offered was different from one year to another. The CIRFA was built year after year.

What marked you at the time?

Two things were decisive for me: community life where we told each other the truth, and a human formation session (PRH organization) where I received a reading grid to get to know myself. This is where I was able to put words to the reality of my inner being, of my inner “temple”. This learning is still a support today. At that time, the artistic dimension at CIRFA was important; I who had received a very classical musical training, I learned to open myself to other music and to live it more in body-soul-spirit unity; in a less cerebral way.

Has your time at CIRFA transformed you?

Without a doubt. My wife always tells me that she would never have married me before the CIRFA… The CIRFA helped me to take the means to progress internally and to open myself up more.

What is your best memory of your time at CIRFA?

There is not one but several! For example, in the two classes, we were of several nationalities, a richness that allowed me to discover new songs in different languages, and then what an atmosphere! I also remember having animated and supervised about twenty young people for a show of songs and dances, Life and light style, in front of an audience of nearly 1000 people. And how not to evoke these moments when I used up all my stock of tears during personal accompaniments… A real “cleansing” possible thanks to the benevolence and the competence of the accompanist.

After CIRFA, what did you do?

I took vocal training in the United States for a month. It was beneficial to me because when I returned home I found a job as a cantor, organist and choir director in a parish, a job that I am currently pursuing. I have been a singing trainer for outdoor center leaders, I have given recorder lessons, I have given music lessons in classes of dyslexic and dysphasic children. For fifteen years I have been working part-time at Fondacio Belgium where I am particularly involved in what concerns singing and spiritual animation. I animate times of formation in liturgical singing and participate in the recording of spiritual songs.

What is your advice for current IFF Europe students?

Learn to listen to your intuition, your little inner voice. Do not hesitate to make various professional experiences but without forcing. Be curious about everything and above all don’t forget to be amazed

The lessons of 2020 with Fondacio Asia

Get all latest content delivered to your email a few times a month.